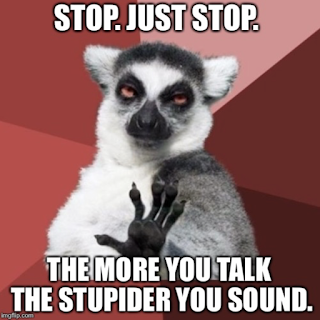 The other day I did something dangerous—I gave a political opinion on social media. I didn’t promote a particular political party or specific candidate. I didn’t call anyone names or malign anyone’s heritage. I supported and promoted the rule of law. Period.

It all started when my nephew posted an opinion about a current political policy. His comment was passionate and thoughtful. He believed something should be changed and he expressed what he thought should be changed and why it should be changed. He supported his argument with his morals and was respectful in the process. I read his comments and although I agreed with his passion on the topic, I did not agree entirely with the methodology he promoted to achieve the end. We agreed (in general) on the desired results, but not on the methodology. His comment made me think and I responded with my opinion on the matter.

After posting my comment, I saw that several other friends had commented on the same topic with a variety of positions. I thought, “Maybe I should write down my thoughts in a coherent, logical structure and post them for others to see and we can discuss this important issue rationally.” Wrong.

I have friends from a variety of political views. I’m okay with that. We live in a country that promotes freedom of speech, and I believe in robust debate about important issues. When I peruse social media I am bombarded with memes, news articles, and headlines from both sides of the political aisle and the political slant on the issues. What I don’t see is open, honest, rational discussion on any given topic. I am constantly bombarded with sharp rhetoric packaged in memes and one-line statements intended to alienate and divide. Nobody really wants to have a discussion. They just want to give their opinion and shut down any contrary opinion with name-calling and SHOUTING.

My post garnered responses from several people and was shared by several friends. One commenter asked if it was okay to disagree with me. After a few posts some of the people commenting began to post point and counterpoint. For the most part, the discussion remained civil, but nobody changed their mind about anything. One friend shared my post, and the responses of people who didn’t know me were a lot more mean-spirited. The conversation spiraled downward into slights, innuendo, and labeling. One person stated with great confidence that I would have surely sunk Washington’s boat as he crossed the Delaware river to attack the Hessians.

After a few days, everyone moved one and the conversation waned. Nobody changed their mind. Nobody walked away from the exchange with a new perspective. We were all just as stupid as we were when we started, and maybe stupider.

Why? Social media doesn’t lend itself to an engaging conversation or exchange of ideas. It is the classic case of failing to listen because you are formulating your response instead of trying to understand the other person’s viewpoint. The mechanism limits the fluid exchange of feelings and restricts the back-and-forth conversation that enlightens both parties and helps them arrive at a point of learning and compromise.

People are emboldened by the perceived anonymity that social media provides. It’s much easier to sit in the safety of your living room and smear someone personally than to say it to their face. It takes little courage to fight a Twitter war. It takes little intellect to troll someone and attack their viewpoint with half-truths or name calling. There are no heroes in a battle of memes.

It is impossible to capture difficult abstract thoughts in short bursts of emotion. Complex issues really cannot be boiled down to a few characters on a screen. It is true that aphorisms have the power to inspire and guide, but they won’t solve multifaceted issues with no right or wrong solution. Complex issues require lengthy discussion and often need time to percolate before the solution presents itself. Social media abhors the lengthy, careful argument.

I love my nephew and enjoy exchanging opposing ideas with him, and I wish that social media could create that same space. It should be a space for open, rational discussion that enlightens us and makes us think. But in the end, social media has reduced us to pictures with words, pithy digs, and one-line zingers that malign anyone with a different opinion. Social media just makes us stupider. 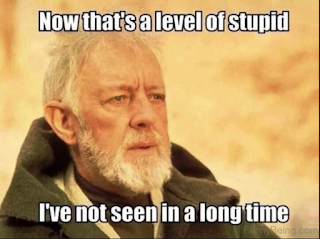 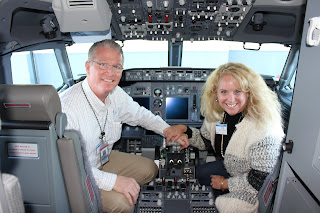 It isn’t every day you fall in love, but it can take a lifetime of days to realize how much in love you really are with someone. I have heard of love at first sight, but I have never experienced it. I imagine it feels something like I felt thirty years ago on the first day I realized I was in love with my wife.

We had been dating for a few months and spending a lot of our time together. It started casually at first—card games, study sessions, motorcycle rides, but as we grew more comfortable the spark kindled. One day we went for a drive up into the canyon. It was springtime and the snow had melted. For some reason, as we were driving she yelled, “Look at the cows!” Sure enough a herd of cows were grazing at the fence near the road. She wanted to stop and pet them. Now, being a farm boy from Kentucky, I had seen plenty of cows and had no interest in “petting” them. Her enthusiasm convinced me to stop. When I pulled over she jumped out of the car and called the cows as she approached the fence. Surprisingly, the cows responded and gathered around her. I opened my door and stood by the car with a big grin on my face while she plucked the long grass on our side of the fence and fed it to the cows giggling like a little girl.

I stood by the car with my jaded view of petting cattle and shook my head at the scene. Then it happened. Time slowed down. Sounds were muffled and in spite of being in the outdoors my vision seemed to constrict until the only thing I could see was her. In spite of the pleasant temperature, I felt suddenly flush and my heart rate quickened. It was if the whole world full of billions had dwindled down to just two people. My entire being was overwhelmed with the feeling that I loved her. Her laughter broke the trance, but after that moment I knew I was in love with her.

You can’t build a lasting relationship on a moment, but it is a good place to start. From that epiphany moment I mustered the courage to ask her to marry me. From the marriage commitment we began to build a loving relationship brick by brick. Some days I added a brick to the structure. Sadly, some days I destroyed a wall or two and had to spend time repairing the damage instead of adding to the structure.

A moment does not a marriage make. A flourish of emotion is not the same as devotion. A passing desire will never rise to the level of love. You can begin with a moment, but you must intentionally build thousands of other moments if you wish to continue building a loving relationship that will stand the test of time. Love is not just an emotion. It is a verb, a call to selfless action.

So, thirty years later I’m blessed to still be married to the girl that made me stop to pet the cows on the side of the road. It has been thirty years full of moments—sometimes loving, sometimes angry, sometimes tender, sometimes harsh, sometimes sweet, sometimes bitter. In spite of the ups and downs and the highs and the lows, I remembered that moment. And in remembering, I pressed forward in the darkness knowing that the light of love would return as long as I followed through with my promises to her.

I fell in love that day, but it has taken thirty years of loving moments for me to realize how much in love I really am.