I was driving down the road sometime last year telling my brother how much fun it would be to fly around Kentucky in a small airplane and see how many courthouses I could photograph in one day. He suggested that it would be a lot more fun on motorcycles. Thus, the idea for an adventure (and a magazine article) was born.

I pitched the idea to Kentucky Monthly and to my pleasant surprise they liked it. They gave me a deadline and turned me loose. I bought a motorcycle. We planned the ride, and in mid April, we hit the road. It was such a treat to ride the country roads of Kentucky.

You can read the digital copy of the article here - http://www.kentuckymonthly.com/explore/places/courthouse-motorcycle/
Of course you can buy the August issue of Kentucky Monthly and read it on page 18.

Below I have posted more pictures from the two-wheeled adventure.

Thanks to Steve Vest, Kim Butterweck, and the staff of Kentucky Monthly for letting me have some fun and write about it. Thanks to my brother Chock for helping me hatch the idea and see it through. Thanks to Tahlee, Russell, Shelvin, Bryce, and Tim for joining me on the ride and making it fun. Thanks to my father-in-law, Brent for driving the chase vehicle. And most of all, thanks to my wife Britt for putting up with my crazy notions and taking such wonderful pictures. 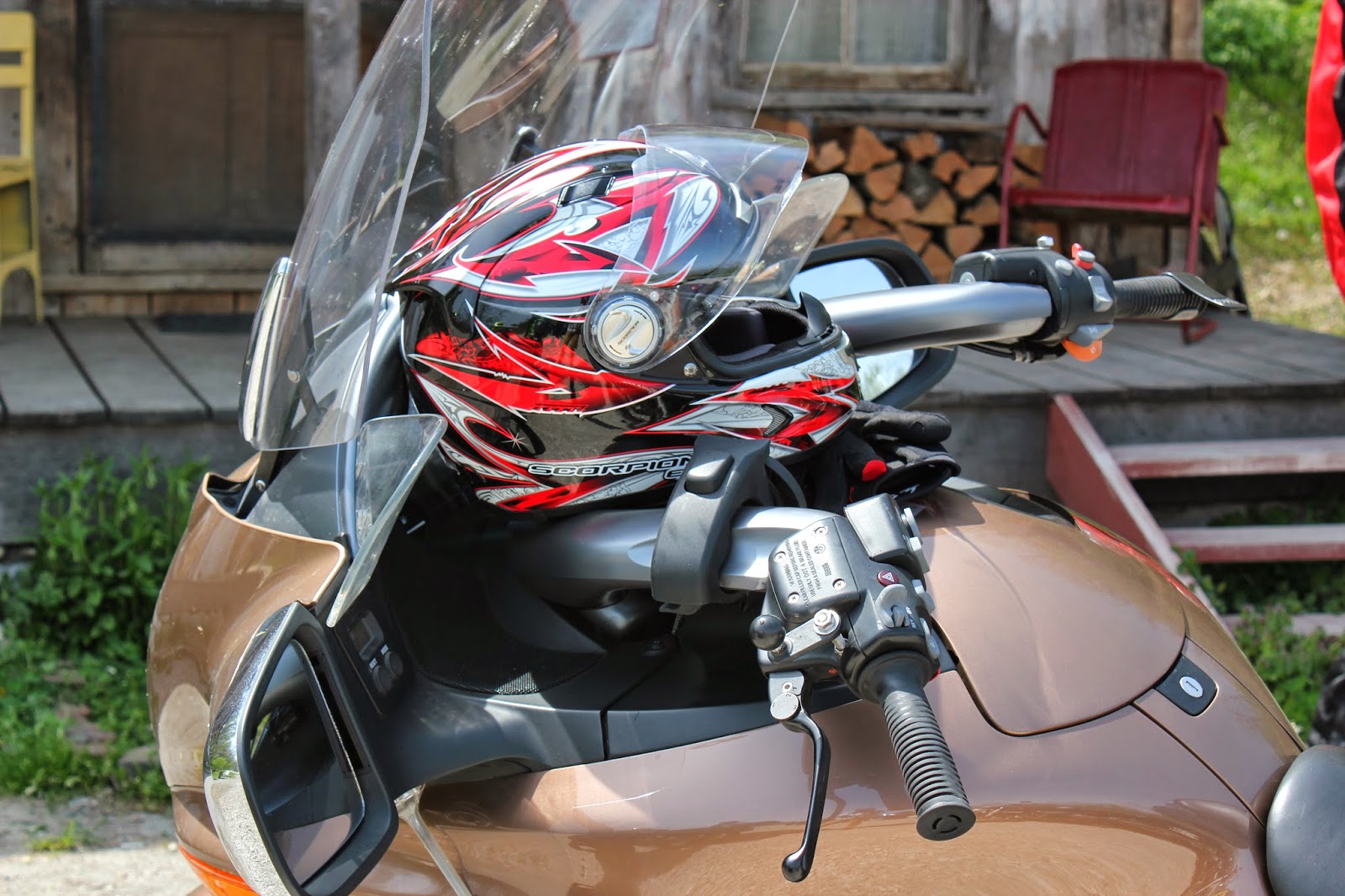 Drew and the Dragon

Drew was one of my brother’s best friends. I first met him at one of our family reunions. He was a good ole boy from North Carolina that loved life, motorcycles, University of North Carolina, and teasing my youngest sister about getting married. I didn’t know him that well, but I have often thought of him over the years since his murder, and how much of a loss it was for my brother. Now I was standing next to his Star Wars adorned headstone in motorcycle gear paying my respects. 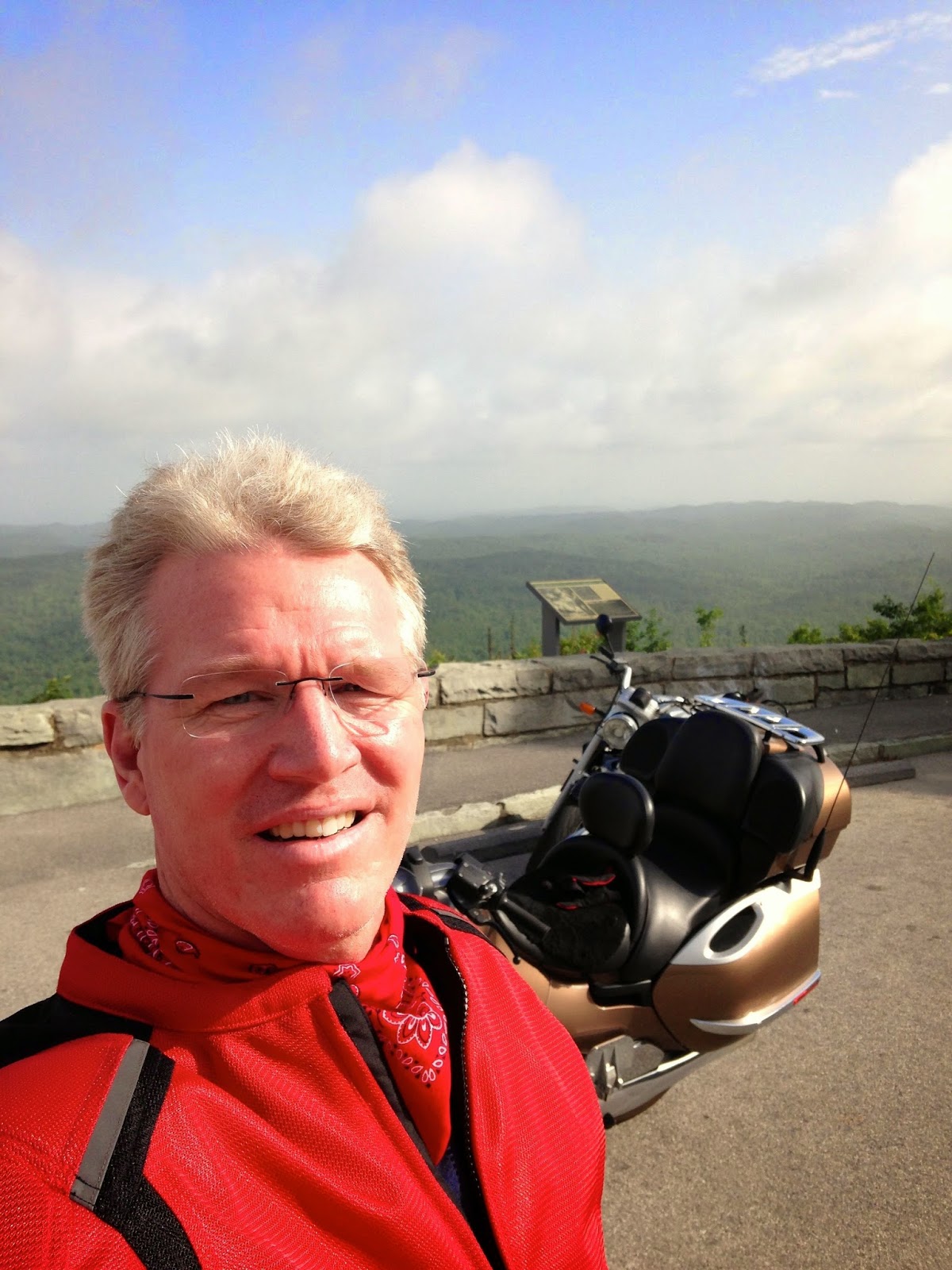 Robbinsville, North Carolina lies in the Smoky Mountains along the border with Tennessee. I had ridden Charlie Brown, my BMW motorcycle, down from my hometown in Franklin, Kentucky along with a nephew, a nephew and his wife, and a brother-in-law to meet my youngest brother Amory in a cabin just off of the Cherohala Skyway. After a night at the cabin, we mounted up for a ride along the Cherohala Skyway to Robbinsville, and Drew’s grave.

I scared myself a couple of times getting out of the long gravel driveway from the cabin and down the winding hillside road to the Skyway. The gravel was deep and loose making my back tire fishtail several times, but I kept it upright until we connected to the asphalt. The sweeping turns and majestic, mountain vistas of the Cherohala Skyway took my breath away as it alternated between tunnels of green forest and mist-covered mountaintops. The road was pure riding perfection. It was like a group of motorcycle riders got together and designed the road for the ultimate in motorcycle riding pleasure. It was the right balance of adrenaline, peacefulness, and breathtaking. I’m sure that without my full-face helmet bugs would have flown straight into my wide-open mouth as I rode around each bend in utter amazement at the perfection of the experience.

I had never seen a gravestone with Star Wars figures on it, but then again Drew was as unique in life as he was death. He was buried in a hillside surrounded by large trees next to a Baptist church. His mother and sister were buried next to him. They died together, and it was fitting that they rested together in death on the same verdant hillside.

Drew was helping move his sister and her children out of their home during an ugly divorce (Is there any other kind?) when the estranged husband showed up with a high-powered hunting rifle and shot his wife, mother-in-law, and brother-in-law. The eight-year old son and four-year old daughter fled the home and were rescued by their grandfather a few minutes later.

The estranged husband admitted to the triple murder in a plea deal. He told the deputy, “I shot them. They were taking my kids. I shot them.” For his confession, he avoided the death penalty and got three consecutive life sentences. He will die in prison. Unfortunately, that is little consolation for Drew, or his family.

After honoring Drew, we mounted up and headed for Deal’s Gap and the Tail of the Dragon.

The Tail of the Dragon is an eleven-mile stretch of US 129 that begins at the North Carolina/Tennessee border and includes 318 unique turns in that short stretch of highway. It is not a road for cruising and sight seeing. The attraction is not the beautiful wooded roadside, but the road itself. Amory had ridden it several times, but it was the first time for everyone else. We stopped at the souvenir shop with the parking lot full of motorcycles for a bit of memorabilia before we challenged the Dragon. 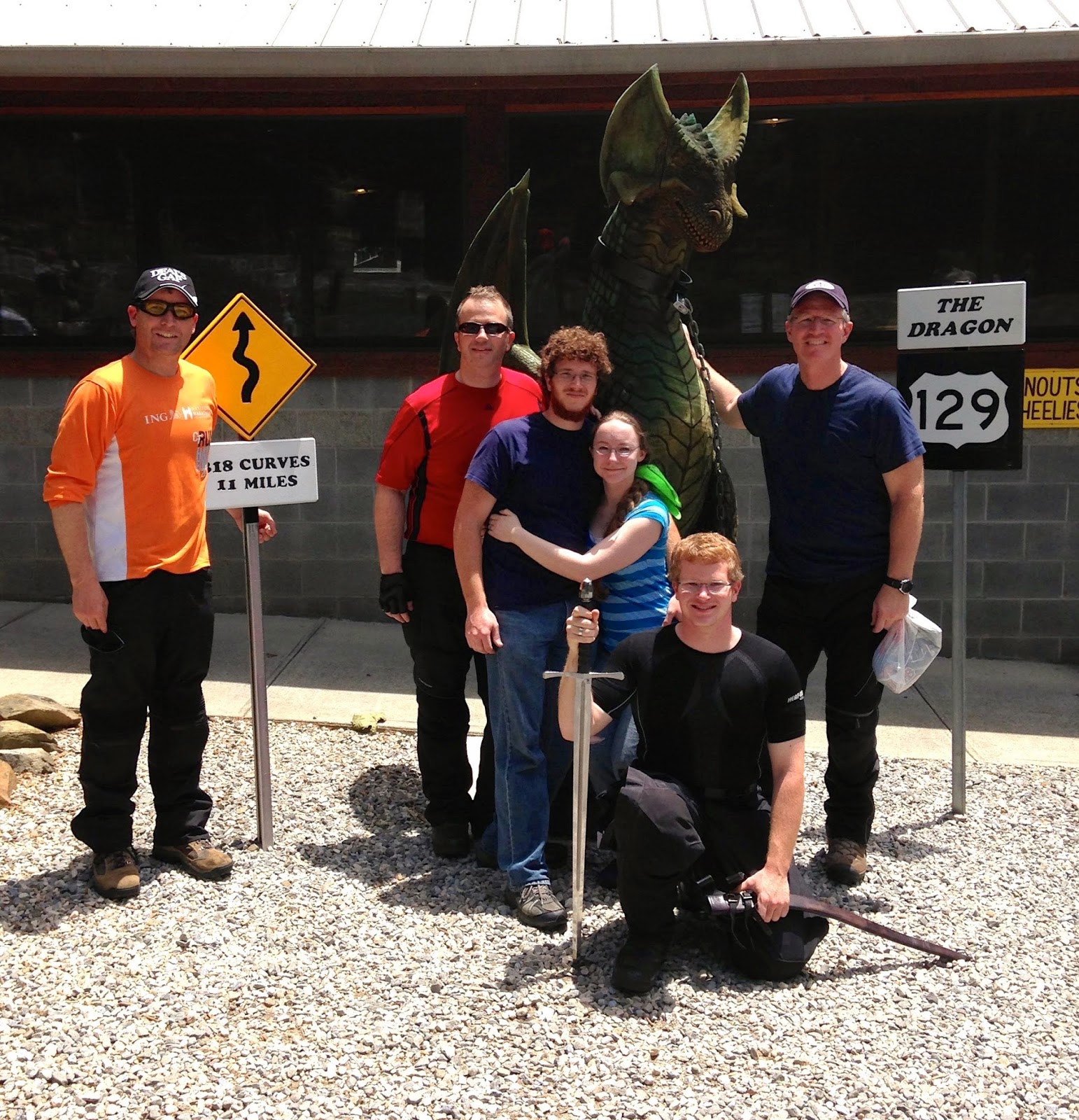 I got my gear on first and since I was probably going to be the slowest rider, I motored out of the parking lot ahead of everyone else to get a jump on the winding road ahead. I wasn’t sure what to expect. Would I feel the rush of adrenaline, simply the fear of death, or maybe a little of both? Would I be up for the challenge or had I become a dawdling old man putzing along on without pushing myself?

I may not be the ego-driven man of my twenties anymore, but as I approached the first turn, I put on my game face. I wasn’t going to break any records on a motorcycle built like a prairie schooner, but I was going to stretch myself just a bit. After all, the road of life is very boring if we never roll on the throttle and let the engine roar. At first I was timid, but with each curve I felt my confidence grow. I found a rhythm in the road. Man and machine working together to slay the Dragon. It was exhilarating as I leaned into each turn and accelerated out of every twist only to find the road curving away from me again. In my rearview mirror I saw my younger brother Amory. I rode a little harder. It felt good to push my personal envelope a bit. Somewhere in those 300 plus turns, I felt the joy of the experience, the unadulterated thrill of the ride, and the satisfaction of a challenged life.

We were all grins when we made a pit stop at the other end of the Tail of the Dragon.

Amory spoke at Drew’s funeral, and afterwards the family gave him Drew’s old motorcycle. He fixed it up a bit and still rides it today. Death, it seems, may separate us from those we love, but it will only defeat us when we stop living our lives. My brother rides on, not to forget Drew, but to remember him.

Life is a highway – a journey, not a destination. It can be a boring, mindless journey if we only travel down straight roads. Sometimes we have to challenge the dragons in our lives to remember why we are living.